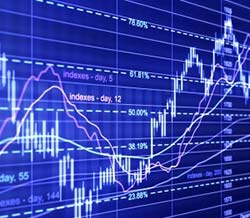 Opening order (position) – the process of buying or selling a certain volume of financial instruments for profit on the change of quotes in a favorable direction. To fix the results in trading you need to close the order.

Leverage – an instrument that allows someone to trade larger sums, having only part of the sum. For example, with a leverage of 1:100, you can conduct a trade with volume of 100,000 EUR having only 1,000 EUR in your own funds.

Fundamental analysis – a type of market analysis where the forecast is based on financial market news; an analysis of political and economic information to predict market movements.

Technical analysis (chart analysis) – a type of market analysis where the forecast is based on the fact that the market has memory and future changes will be influenced by patterns in its past behavior.

Arbitrage – the transfer of funds from one market to another to profit from the difference in interest rates, exchange rates, or commodity prices.

Ask – the price at which you can buy currencies. The Ask price is higher than the Bid price.

Central Bank – a bank that provides financial services to its country’s government and commercial banks.

Bear – an investor who counts on the devaluation of a currency.

Bid – the price at which you can sell currencies. The Bid price is lower than the Ask price.

Broker – an individual or company that takes on the responsibility of being an agent between a buyer and seller of financial instruments, while charging a fee (commission charges).

Bull – the investor who counts on the appreciation of a currency.

Buy limit – a pending order to buy at a price lower than the current price level (buy cheaper than now). It is placed with the expectation that the price will fall to a certain level and then start to rise again.

Buy stop – a pending order to buy at a higher price than the current price level (buy more expensive than now). It is placed with the expectation that the market price will reach a certain level and continue to rise.

Cable – slang used to refer to the pound. It is called this because the first price quotations were sent to America via transatlantic cable during the 19th century.

Capital – an indicator that characterizes the status of the investor’s account at the moment. It is calculated like this: capital = balance + floating profit – floating losses.

Candlesticks – one of the methods of displaying on charts changes in the values of financial instruments.

Account – the record in the database that contains information about the user and other system objects.

Non-market quote – a quote that meets the following conditions:

Day trading – investment operations that are concluded within one day.

Trader/Dealer – an individual or company, with whom an investor has an agreement governing the basics of investment operations. The dealer has the responsibility to act as the representative of the transaction.

Deposit – funds sent to an account for future transactions.

Diversification – a strategy that aims to reduce risks by spreading investments across different financial instruments or investment objects.

Execution at market price – the method of order execution, where the order is executed anyway. If the price changes at the moment of execution, the order will be executed with the new current price.

Expert Advisor – an automatic system (script) that executes orders without investor’s participation based on the predetermined algorithm.

Apartment – a period when the price stays in the same range and does not express the direction of growth or devaluation.

Gap – the gaps in the price charts caused by the difference between the opening price of a trading period and the closing price of the previous period. This can occur due to unforeseen circumstances (e.g. after the weekend).

Indicator – a computerized analysis tool of price movements based on statistical data, used in technical analysis.

Liquidity – the characteristic of one asset to turn into another. Greater liquidity gives the opportunity to make a large trade without being affected by a significant change in price.

Lock – the existence of two positions of a financial instrument open in different oppositions at the same time.

Long – the position to buy. Your profit increases when the market price rises.

Lot – a certain amount of units or the sum of assets used to execute the trade of a certain instrument (for currency pairs, a standard Forex lot is 100,000 units of the base currency).

Profit – a positive increase in the balance, investment or trading result, after expenses have been deducted.

Margin – the collateral required to execute a trade with the aid of leverage. For example, if the leverage is 1:100 and the order volume is 10,000 EUR, the margin is 100 EUR.

Market-maker – a large bank or financial organization that determines the current exchange rates due to the large share of its operations in the total market volume.

Counter Currency – the currency that appears second in the currency pair. The price of the base currency is reflected with its help.

Automatic trading – the method of trading where special programs execute orders on behalf of the investor, based on a particular system but without the investor’s participation.

News-based trading – a type of investment system, the essence of which is to make profit in price ranges at times of important economic news releases.

Resistance level – the term in technical analysis that determines the level at which market participants usually start selling.

Order (position) – instructions from the client to execute a trade at a specific price (buy or sell one currency for another). After the order is opened, it must be closed to fix the profit or loss.

Pending order – an order to buy or sell financial instruments in the future, when the price reaches the level indicated in the order.

Currency pair – a financial instrument that is traded on the foreign currency exchange market. A currency pair is made up of two currencies, which are described as the ratio of one to the other. For example, USD/JPY. The result is called the exchange rate or quote.

Cross Currency Pairs – Currency pairs that do not include the USD. For example, EUR/JPY.

Trading platform (trading terminal) – an investor’s software, which allows him to execute trades from a computer or other telecommunication device.

Requote – a notification in the trading terminal about price changes during the process of placing an order. You can either accept the new price or cancel the order execution. Requotes can appear on accounts with Instant Execution.

Balance – the sum of funds on an investment account after the finalization of the last transaction in a given period.

Scalping – an investment strategy where the investor executes a large number of orders over a short period of time (even a few seconds) and fixes the profit at several pips.

Sell limit – a pending order to sell at a price higher than the current price level (sell more expensive than now). It is placed with the expectation that the market price will rise to a certain level and then start to fall.

Sell stop – a pending order to sell at a price lower than the current price level (sell cheaper than now). It is placed with the expectation that the market price will fall to a certain level and then will continue to fall.

Short – a position to sell. Its profit increases with the devaluation of the market price.

Slippage – the amount of market movement between the moment of order placement and its execution. It is the situation where the order is executed at a better/worse price than the price stated in the order. This can happen, for example, at times of high market volatility.

Spread – the real-time difference between the Bid and Ask prices of one currency for another.

Stop out – the process of automatically closing an order. This procedure occurs the moment the remaining balance on an investment account reaches a certain percentage of the margin (for example, 20%).

Stop loss – a type of pending order, which helps to limit losses when trading.

Swap – fee charged for transposing open orders through the night. Funds can be deducted or added from/to the account.

Take profit – a type of pending order that helps to lock in (take) profits when trading.

Trailing stop – an instrument that “pushes” the stop loss level to a certain distance from the current price until the market turns around and passes it. It is useful during periods of strong movement in a single direction.

Volatility – the strength of the change in exchange rates.

Volume – the amount of a financial instrument that is traded during a certain period.